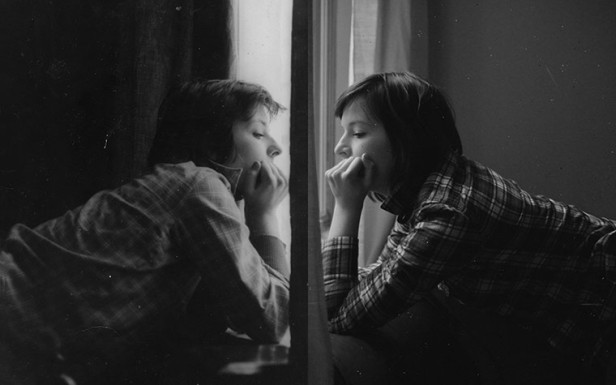 People often comment on the similarities between 25-year-old Lithuanian photographer Ugne Henriko and her mother Laimute Vasyliene, but it was completing the Mother And Daughter series that really brought it home. “My mother cried when she saw the pictures,” Henriko says. “She laughed and cried at the same time – she couldn’t believe it.”

To explore the relationship between them, Henriko recreated images taken 37 years earlier, when her mother was an 18-year-old photography student in the Soviet Union. She not only wanted to explore the idea of being a “copy” of someone else, but also to observe the generational differences between them. 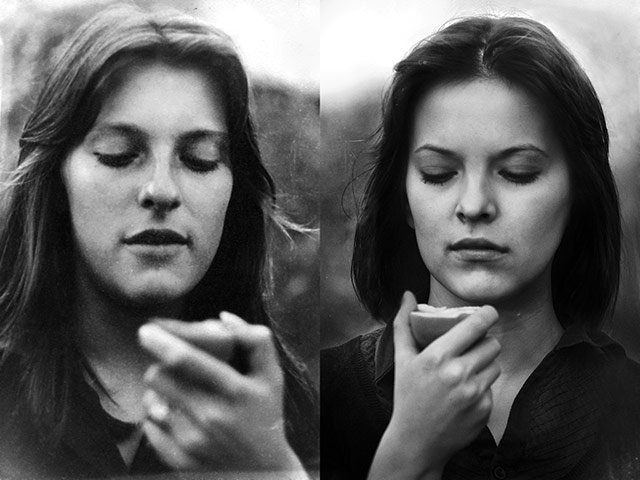 The images on the left were taken in 1975. My mum and dad were studying art at college. They took lots of pictures and there were boxes and boxes of them in the house when I was growing up. As a child, I used to go through them. In their university days, my parents were hippies, and it struck me how beautiful they looked, how happy… The picture of my mother eating an apple was taken on her 18th birthday.”

But Henriko didn’t realise how much she resembled her mother until she was a teenager. “Sometimes I would scan the images and use them as my own photograph on social media.”

When it came to doing her major project at university in Cambridge, Henriko knew she wanted to recreate some of her mother’s pictures. The pair have always been close – Henriko is the only daughter and has four brothers – and she asked her mother in Lithuania to send over all the pictures in which they look similar.

Henriko selected some, then set about scouring charity shops for clothes similar to those worn by her mother in the images. The pictures she would recreate would be dictated by the clothes she managed to find. Her favourite photograph from the set is the one where she mirrors her mother gazing out of the window. While much of Henriko’s other portrait work uses the backdrop of wild nature – windswept beaches, deserted woodlands – her next project will be more conceptual. “I am fascinated by the idea of intimacy, and I want to explore the relationships between people – friends, lovers, sisters…” she says. “Although I’m quite introverted, I find the idea of people sharing moments around me fascinating.”